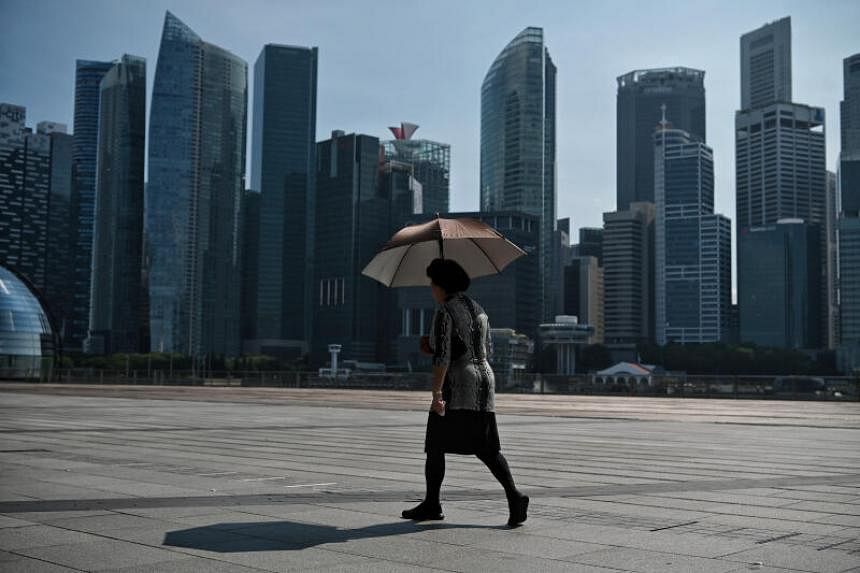 SINGAPORE – By 2045, temperatures in Singapore could hit 40 deg C on some days due to a warming planet, compounded by the urban environment releasing trapped heat from buildings, roads and vehicles.

But the Republic is bracing itself for rising temperatures in three ways: further understanding how intense heat will impact the country and its people, reviewing efforts to strengthen people’s resilience to heat, and coming up with effective cooling strategies.

These three prongs were laid out by Minister for Sustainability and the Environment Grace Fu in Parliament on Tuesday (Aug 2), in response to questions about how Singapore is preparing for rising temperatures.

Ms Fu said while the country does not experience extreme temperatures felt by temperate regions, Singapore is affected by climate phenomena, such as El Nino, that is likely to be worsened by climate change.

El Nino is an abnormal warming of sea surface temperatures in the central equatorial Pacific Ocean. It typically causes drier and warmer conditions across South-east Asia.

The National Environment Agency’s Centre for Climate Research Singapore (CCRS) has been working to localise global climate projections. Those projections are being reviewed and will be updated in the third national climate change study that will be released next year.

Ms Fu added that the projections are shaped based on three carbon emission scenarios: business-as-usual, a scenario where the nation is taking good steps to mitigate emissions, and the worst-case scenario where fossil fuels continue to be harnessed.

Researchers are also studying the factors that contribute to urban heat and are testing different cooling strategies, which include planting more greenery in urban areas and using cooling materials and paint on buildings, the minister said.

The need to adapt to a warmer world has become more urgent given the pace of climate change globally, with concerns on how higher temperatures affect people, especially the elderly, those who live in less ventilated conditions, and those who work outdoors.

April and May this year have seen some of the highest temperatures recorded in Singapore. CCRS has also projected that climate change would lead to average temperatures rising by 1.4 deg C to 4.6 deg C by the end of the century.

Ms Fu also noted that the past decade between 2012 and 2021 was Singapore’s warmest on record.

Ms Fu said: “These heatwaves are increasing in frequency and intensity worldwide as a result of climate change, and portends the severe consequences we would face if we do not take significant steps today.

“Although Singapore has so far not faced heat crises on the same scale as other countries, it would not be possible to avoid the rise in temperatures due to global warming.”

She outlined how scientists here are building a digital model to simulate Singapore’s urban climate – to find out how heat affects different parts of Singapore and to identify cost-effective heat mitigation methods.