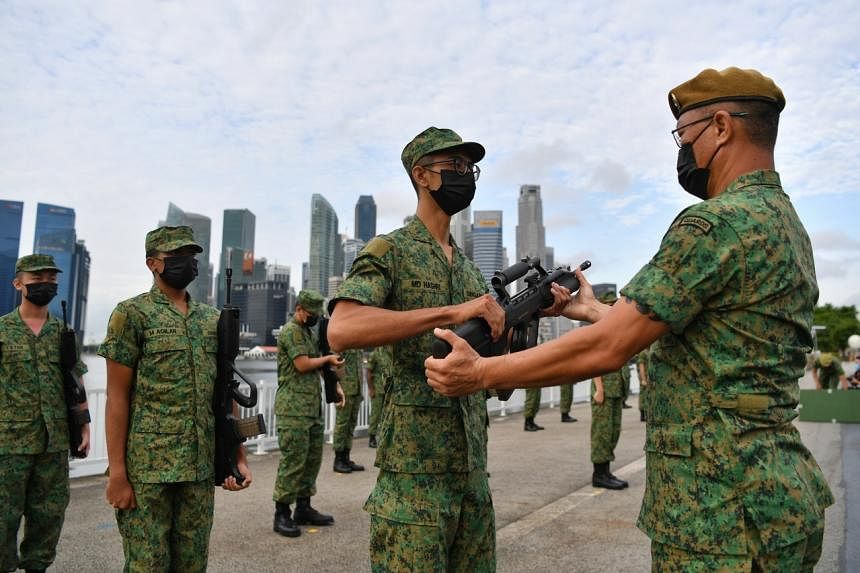 This is up from about one in 20 in the early 2000s, with PRs and new citizens forming an increasing proportion of new enlistees over the years, said Dr Ng.

He said: “Without that extra inject of new citizens and PRs, our smaller birth cohorts would have impacted Singapore Armed Forces’ (SAF) manpower needs more acutely.”

Slightly more than half of these are new citizens, while the rest are PRs, Dr Ng told Parliament in response to statements about National Service (NS) exemptions for new citizens made by Non-Constituency MP Leong Mun Wai that he said were misleading.

Dr Ng said: “I have decided that it is important to correct the misleading statements put out by Mr Leong, because they strike at the foundations of equity and universality that underpin NS in Singapore.”

He cited a Facebook post that Mr Leong had made on SAF Day (July 1), where he said it is only fair that all PRs who want to become citizens must do NS. In the post, he also argued that Singapore should allow easier deferment or even exemption from NS for talented individuals.

He said: “Is it fair that we forfeit our local talents their chances of developing their talents while many new male citizens do not need to do NS?”

Referring to this statement and others Mr Leong has made over the last year, Dr Ng said the facts must be put out to reassure the national servicemen in the SAF and Home Team.

He said: “If pre-enlistees are misled into thinking that new citizens of their age are exempted, where will they have the heart to serve NS?”

Dr Ng added that NS is the bedrock of the SAF and our national defence.

He said: “MPs have the duty to ask questions and debate policies, including NS policies, in this House. But they should not make misleading statements that can weaken NS, the SAF and Home Team.”