By nicole
Singapore, Sept 30, 2021 – (ACN Newswire via SEAPRWire.com) – Motul emerged as a pioneer of the lubricant industry in 1971 with the launch of the world’s first fully synthetic ester-based lubricant, the 300V. This new grade of lubricant ushered a shift in the paradigm of what could be achieved with cutting-edge technology in motor oils. Motul had not only created a revolutionary product, but also achieved unprecedented performance and reliability on the race track. 2021 is a significant milestone for Motul, marking the completion of half a century of the 300V brand. This year, Motul celebrates the illustrious journey of their flagship product. This celebration would not be completed without Motul’s discerning customers who have contributed to Motul’s success on and off the track. Share the love for Motul by using #LegendaryPowerRefined to join in on the celebration. 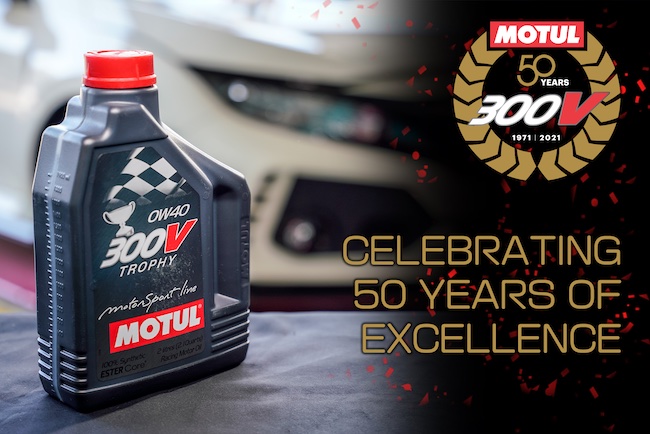 Since 1853, Motul has been producing the highest quality of engine lubricants. The 300V is the embodiment of Motul’s values and vision to provide a catalyst for high performance engines and evolve alongside those technologies year on year. Inspired by Motul’s 300 victories, the brand 300V was launched as a new fully synthetic motor oil. Although available commercially today, the 300V was initially synthesized solely for racing applications. It was engineered with synthetic base oils and ester additives to create perfect synergy of power and reliability. The technological breakthrough, called ESTERCore®, allowed the 300V to maintain its competencies under extreme conditions and constant stress, immediately gaining a reputation as the perfect oil for winning. 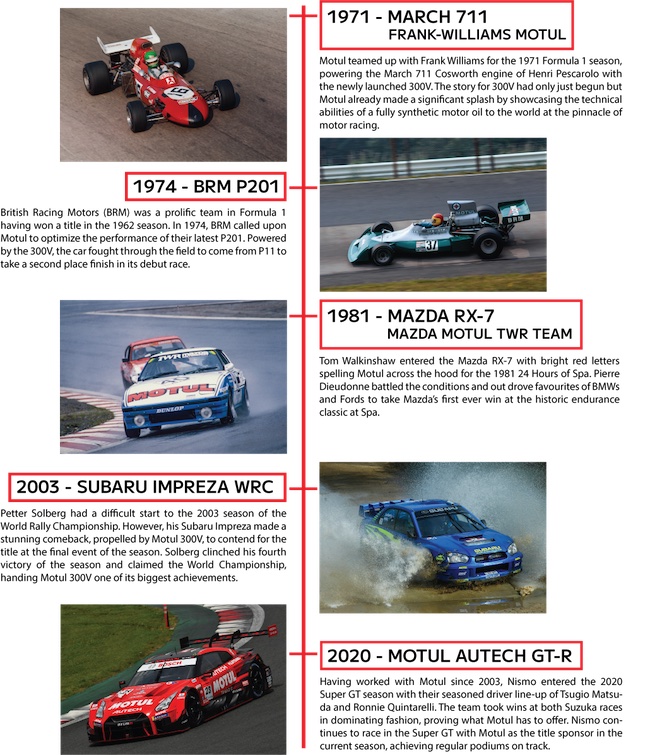 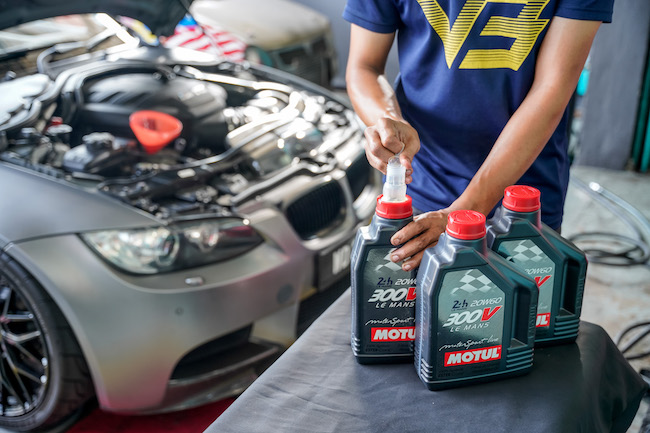 There is a 300V lubricant for every type of engine and application to best suit the engine and keep it performing at the highest level. Motul has made sure to bring the latest racing technology to everyday consumers, perpetually improving their formula from feedback and cooperation from international competitions. Beyond the 300V, Motul provides a range of products including the 8100, H-Tech, RBF, ATF, CVTF and DCTF for other parts of the car.
In the coming months, Motul Asia Pacific will collaborate with some of the region’s top experts to test Motul lubricants first-hand and give feedback. Motul fans will be able to check out the experts’ reviews via their Social Media channels (watch out for #LegendaryPowerRefined) and on Motul channels.
50 years of the 300V marks an unprecedented achievement for the company. The legacy of this iconic lubricant is built upon a foundation of technological advancements and Motul remains committed to staying at the forefront of the development curve for decades to come. 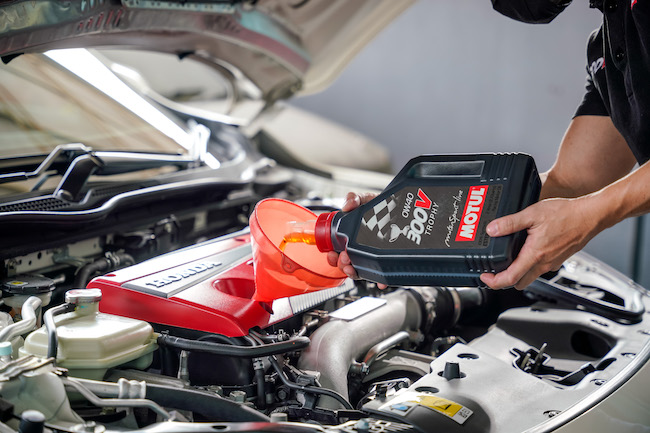 Motul is a world-class French company specialised in the formulation, production and distribution of high-tech engine lubricants (two-wheelers, cars and other vehicles) as well as lubricants for industry via its Motul Tech activity. Motul offers a whole range of products for everyday car use, including the 8100, H-tech, RBF series, ATF, CVTF and DCTF among others. Motul products ensure all parts of the car are kept in pristine condition to extract maximum performance and reliability.
Unanimously recognised for more than 150 years for the quality of its products, innovation capacity and involvement in the field of competition, Motul is also recognised as a specialist in synthetic lubricants. As early as 1971, Motul was the first lubricant manufacturer to pioneer the formulation of a 100% synthetic lubricant, issued from the aeronautical industry, making use of esters technology: 300V lubricant. 2021 marks the 50th anniversary of the Motul 300V.
Motul is a partner to many manufacturers and racing teams in order to further their technological development in motorsports. It has invested in many international competitions as an official supplier for teams in: Road racing, Trials, Enduro, Endurance, Superbike, Supercross, Rallycross, World GT1, 24 Hours of Le Mans (cars and motorcycles), 24 Hours of Spa, Le Mans Series, Andros Trophy, Paris-Dakar, 8 Hours of Suzuka, Bol d’Or, Daytona 200-mile motorcycle race.